Dr. Etienne Fondjo, PMI VectorLink : “If there were no stagnant water, there would be no malaria” 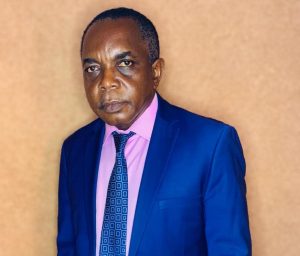 Impact Santé Afrique is pleased to welcome Dr. Etienne Fondjo to the #LaMinutePalu column. He is a Malaria Expert: a Medical Entomologist and PMI VectorLink’s Chief of Party. With him, we are going to talk about the link between malaria and the environment in Africa, especially in Cameroon.

Impact Santé Afrique: Greetings Doctor! It’s a pleasure to have you in our column! Can you tell us more about what you do?

Dr. Etienne Fondjo: First, I would like to thank you for this interview. As you said I am a Medical Entomologist, who led Cameroon’s National Malaria Control Program for several years. Since October 2018, I am PMI VectorLink’s chief of party, which is one of the five projects that are funded in Cameroon by the US President’s Malaria Initiative since 2017. We conduct activities related to malaria vector control. Later on, I can explain what it is.

Impact Santé Afrique: Thank you Doctor. We would love to know what are malaria vectors. And what is the link between malaria and the environment?

Dr. Etienne Fondjo: The first thing to be said is that malaria is a parasitic disease, which is transmitted by a mosquito – female anopheles. This means that if you have not been bitten by this mosquito, you cannot or will not get malaria; this is important to know. It is also important to note that, as in most other African countries, malaria is a public health issue today. Statistics from the National Malaria Control Program indicate that in 2020 more than 3 million cases of malaria were recorded. This means nearly 4000 deaths. So today in sub-Saharan Africa, Cameroon is placed among the 10 countries with the highest burden. I’ll explain the reason for our country’s burden.

Cameroon is a rather diverse country, both ecologically and climatically. We go from a forest area in the South which is characterized by abundant rainfall and lasts all year, and as we move up to the far north, we have a savannah zone where rainfall is quite limited and only begins in June-July until October-November. This contrasts with the deep south where it rains all year round; of course with periods of the peak. This diversity makes Cameroon particular,  particularity which is also observed with malaria vectors. Let’s not forget that the vector is the female anopheles. In Cameroon, the anopheles fauna is quite dense. We have more than twenty species of anopheles and about ten of them are involved in malaria transmission. VectorLink has sufficiently documented this phenomenon since 2018.

There are many vectors in Cameroon and they are in an environment that is favorable to malaria transmission.

So, malaria is linked to the environment because the agent responsible for malaria transmission, which is the Anopheles, begins its life cycle in stagnant water. If there were no stagnant water, there would be no malaria. But can we imagine this world in Africa? The answer is NO. But it is not a fatality. Given the situation, we must put in place effective strategies to fight against the disease.

Impact Santé Afrique: Since malaria is fatally linked to the environment we cannot change, does that mean that we can never achieve 100% malaria elimination? 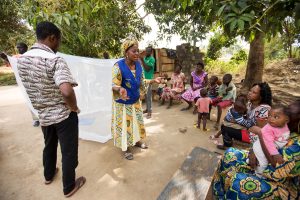 Impact Santé Afrique: We hear a lot about mosquito resistance these days. What does it mean and what makes mosquitoes suddenly resistant to prevention methods?

Dr. Etienne Fondjo: It is a rather important question you are asking and the definition is simple. Resistance is the ability of some insects to tolerate a lethal dose that would kill individuals of the same species. In other words, an insect is resistant when we subject this insect to a dose that kills insects of the same population, we realize that this insect does not die. It is a hereditary character, in that its evolution or expansion within the population is due to genetic contributions; either mutations or selections. To put it simply, imagine that the office we are in, is an environment and everything inside is anopheles. This anopheles at the beginning does not carry any resistance gene, but if a mosquito does enters this room; his gene will multiply and several mosquitoes that previously were sensitive in this room, will also become resistant as time goes on. And unexpectedly, all the insects or anopheles in that environment will become resistant.

This is a serious obstacle to our control strategies and it even jeopardizes the net interventions. Thanks to the VectorLink studies since 2018, we now have evidence that resistance has been found to certain types of insecticides we use on our nets, namely pyrethrinoids. The major vector, which is Anopheles gambiae s.l., is resistant to this class of insecticides. And this resistance is quite high in most sites in Cameroon. Hence the Insecticide Resistance Management Plan was developed by the program. We must get together to develop approaches to manage this resistance that is observed.

Impact Santé Afrique: To conclude, what do we need to do, in your opinion, to boost the fight against malaria?

Dr. Etienne Fondjo: The World Health Organization traced the road, and the objectives for 2030 are quite clear. One of the pillars is to strengthen vector control, but it must be an integrated vector control because a single method will not be enough to eliminate malaria. For high-burden countries like ours, we need to move very quickly from transmission to elimination by 2030. To this end, one of the reasons for VectorLink’s existence is to support the National Malaria Control Program in building the technical capacity of its staff so that together we can have the know-how to implement effective strategies.

Thank you for your time Dr. Fondjo!