FIGHT AGAINST MALARIA: ISA MET WITH DR. NGWASHI, A DOCTOR COMMITTED TO REDUCING MATERNAL AND CHILD MORTALITY IN CAMEROON

Before coming to Yaoundé as a practicing physician at the Etoug-Ebe Baptist Hospital, Dr. Ngwashi Christabel was practicing in a conflict area of Cameroun. She is also the country winner for the World Bank’s Blog4Dev competition and named TechWomen Emerging Leader by the US Department of State for Cultural affairs. Impact Santé Afrique (ISA) met with her on September 14, 2020 to gather her interesting experience.

Please tell us about yourself 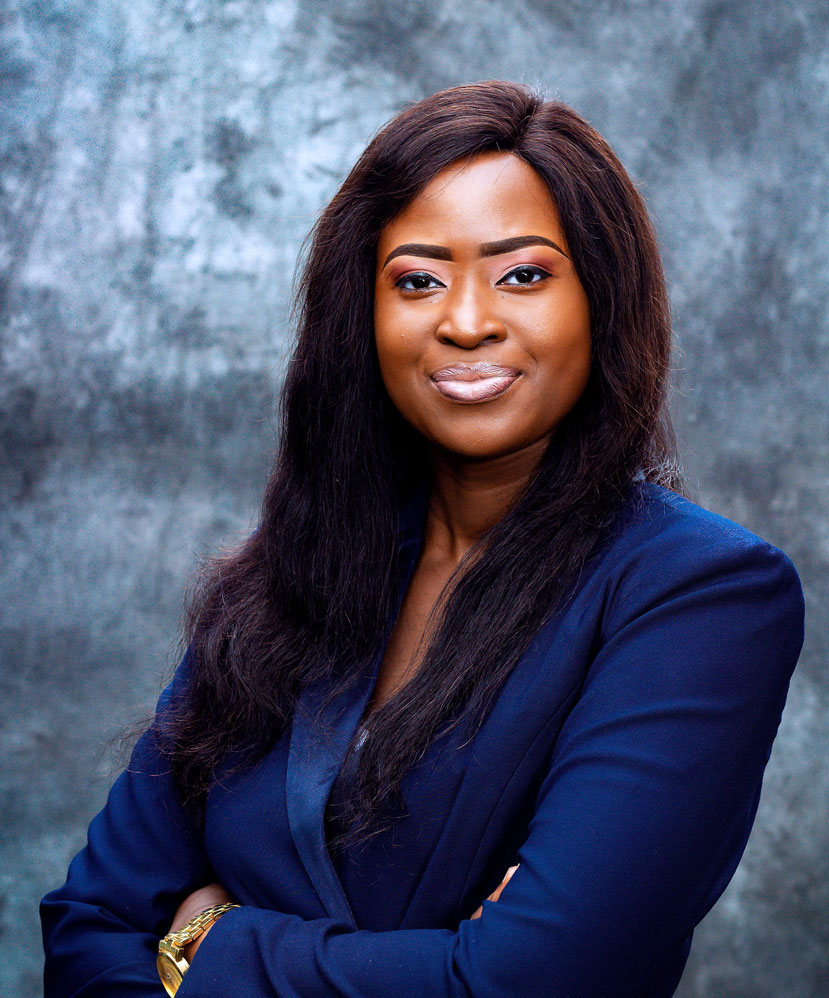 I am Dr. Ngwashi Christabel, a medical doctor currently providing healthcare services at Etoug-Ebe Baptist Hospital-Yaounde with focus on Maternal, Adolescent, Reproductive and Child Health (MARCH) care. To bridge the health literacy gap, I use digital media to educate people on vital health issues as a way to promote patient-centered care.

As a result of my work in using digital technology for health promotion, I was the country winner for the World Bank’s Blog4Dev competition and named TechWomen Emerging Leader by the US Department of State for Cultural affairs.

My vision is to see a world wherein every pregnancy is wanted, every woman has a safe pregnancy and birth and babies born grow to achieve their greatest potential.

You were at the frontline conflict area, can you tell us more about your experience there as a medical doctor and the needs of the communities in terms of health?

Practising as a medical doctor in a conflict affected area is hard. Each day, you pray never to get caught up in an exchange gunshot between the military and the separatist fighters.

Also, a lot of health workers were being kidnapped, some killed over and others fled for safety. For those of us left behind, the work load greatly increased leading to frequent burnout.

With regards to needs of the community, the entire healthcare delivery chain was affected. Drugs could not be delivered on time because sometimes especially on days declared as ghost town, movement of cars and people are restricted. Also, transportation of patients was difficult. In fact, I once received the lifeless body of a pregnant woman who was brought in by her husband after trekking with her on his back for over 50km.

The most urgent needs for people are vaccines, drugs especially for chronic diseases and for pregnant women, access to antenatal and family planning services by internally displaced women who are hiding in nearby bushes for safety.

Also, for most children who were living in the bushes with mosquitoes, most of them presented with malaria complications such as anaemia and convulsions. This is because, they were usually treated first at home with traditional medicines which are ineffective in cases of severe malaria and also, they were hardly brought to the hospital on time because of lack of transportation means.

Is there a link between malaria and maternal and child mortality? Why is it important for pregnant women to attend prenatal care during pregnancy?

Sure, there is a strong link and that link is not a positive link. Malaria is one of the most common causes of miscarriages in this endemic zone. Malaria causes anaemia in pregnant women which affects the growth and development of the baby. For women who have repeated episodes of malaria in pregnancy, there is a higher probability of having low birth weight children.

Also, anaemia increases a woman’s risk of bleeding post-delivery. Malaria in pregnancy and under five children should be taken very seriously because I have witnessed devastating scenes in the hospital. Many people term it, ‘normal malaria’ but forget that malaria alone can cause kidney failure, brain damage, etc

Therefore, it is important that women attend antenatal clinic early enough so that they can take doses of malaria preventive drugs for themselves and a healthy baby. Also, you are given iron and folic acid drugs to help red blood cell production and prevent neural tube defects. Early and regular antenatal care is very important.

What are the greatest problems you see in hospital that affects women and children? 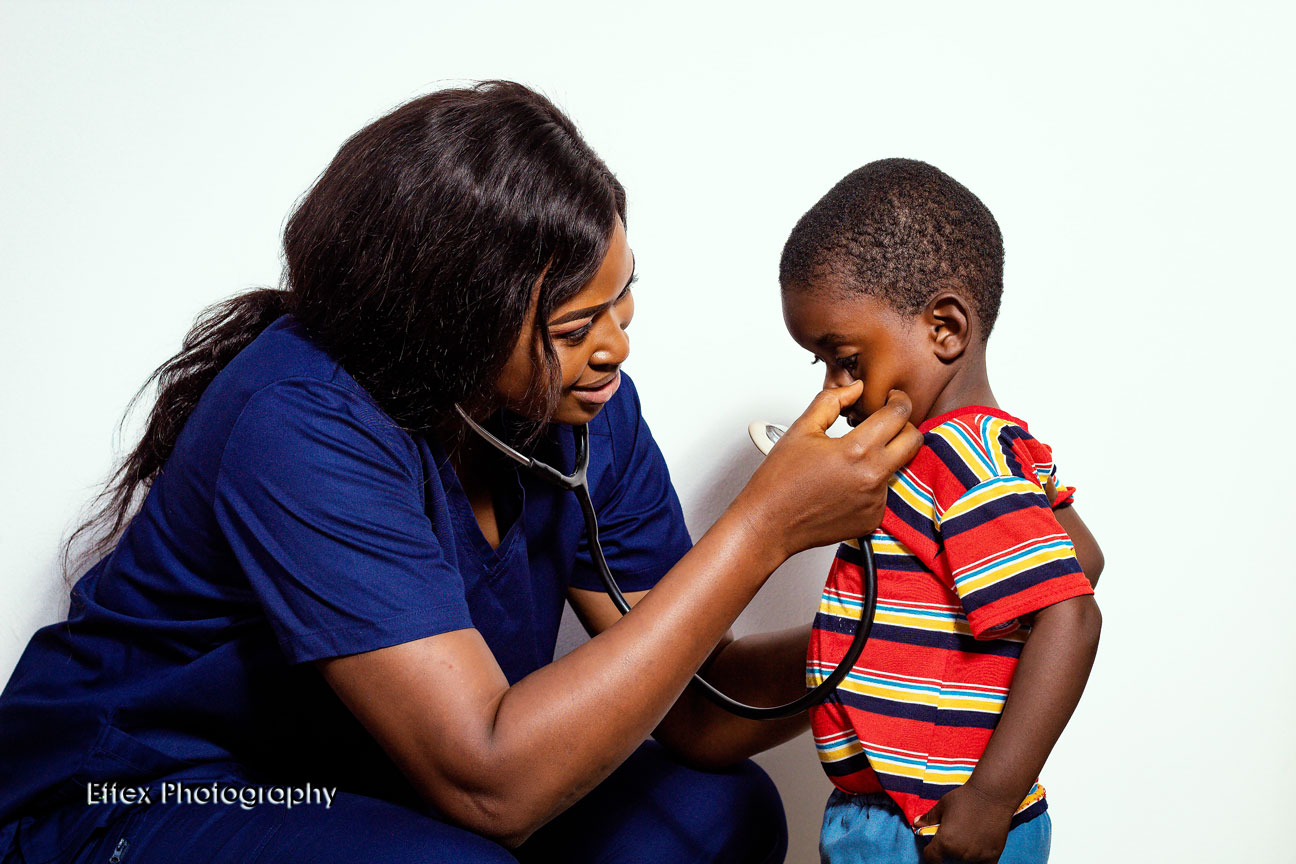 Some of the biggest problems affecting children are malnutrition especially undernutrition, malaria respiratory and diarrhoeal diseases. The above diseases form a great part of consultations and admissions in my hospital. Malnutrition forms some kind of a vicious cycle with the others because undernutrition depresses the immune system, which gives way to the others and diarrhoea could lead to malnutrition which in turn could worsen the anemia caused by malaria. So, you see, all of these diseases are interconnected.

For women, pregnancy related problems account for the most serious and greatest problems. Other sexual and reproductive issues contribute but pregnancy complications are the most feared.

How does COVID-19 affect your work and the malaria fight?

The COVID-19 pandemic has taught us a number of lessons one of which is the importance of building resilient, responsive health systems which can withstand the pressure of challenges such as conflict and pandemics.

At the beginning of these, we had a sudden drop in the number of patients coming for consultation and also women coming for antenatal clinics. As a result, we had a number of people presenting late with malaria complications and some after self-prescribed medications failed. This led to some resistance to common and more cheaper malaria medications because patients had been self-prescribing both oral and injectable drugs for malaria at home for fear of contracting the virus in the hospital.

Also, at some point, there was a disruption in the supply of medications for malaria but that was sorted within a short time.

Some patients even said, they were scared of consulting when they had fever because they will be being falsely diagnosed of COVID-19 and quarantined. With some education and protective measures put in place, patients are beginning to seek health care early enough.

I would love to say, more needs to be done to reduce incidence of malaria in pregnant women and children. Also, the gap in accessibility and affordability of malaria care needs to be bridged using sustainable financing models, maintenance of the drug supply chain and improvement in resources availability.

Community health workers and midwives should be trained to diagnose and manage malaria according to standard regimen. Malaria is not complicated to treat if diagnosed early enough before complications set in. Other measures like eradication of mosquito breeding grounds and use of mosquito nets have proven to also be effective.

Other countries are using techniques like genetic modification of the anopheles mosquito to eliminate malaria. I really dream of the day we will not have to lose any child or adult to a treatable condition like malaria

Thank you very much Dr Ngwashi for your input

Thank you too ISA for the opportunity to share my experience. I look forward to working with a team of dynamic young women like yours to help increase awareness and reduce maternal and child mortality by fighting malaria. 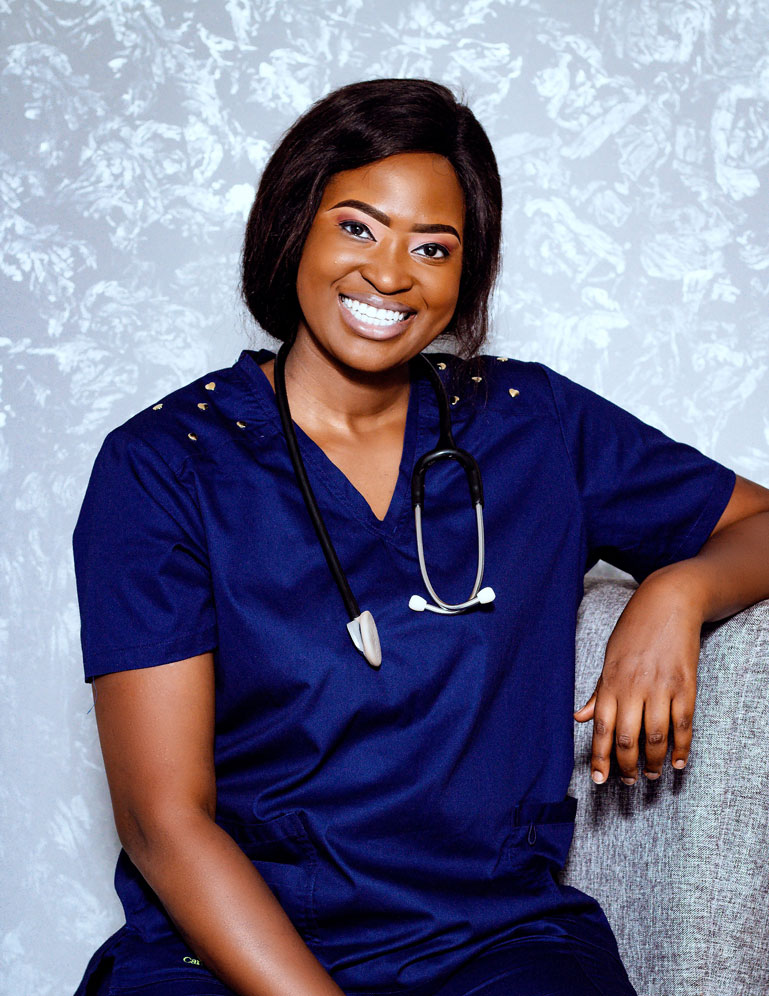